You are here: Home / How To Save Money / Marriage and Finances – It’s All About Teamwork
We may earn a small commission via affiliate links in this post. See disclosure policy and/or privacy policy for more details

One of the biggest challenges of marriage is learning how to handle finances together. Some couples never quite figure out how to come together and figure out the whole budget thing and often times their marriage will suffer as a result. It does not have to be that way! Read our story to learn some tips and truths about what you NEED to do to work as a team financially. I hope this encouragement will spark a fire and if it helps even one struggling married couple, I am so happy that I shared it. 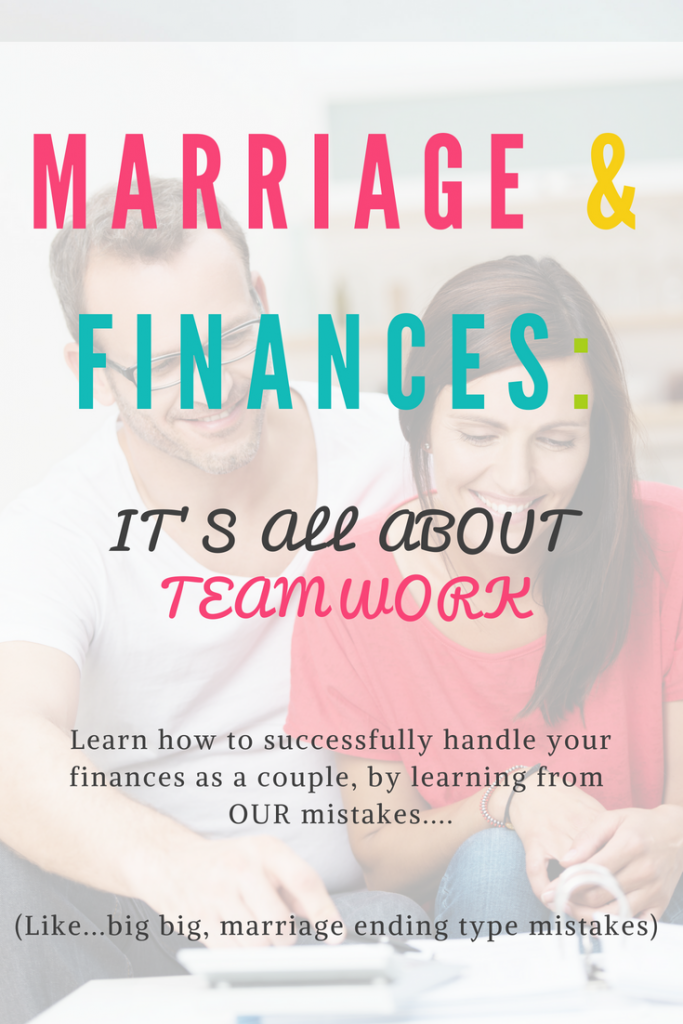 Early in our relationship, our finances were kept separate.

We very quickly (maybe too quickly) combined our money and got a joint bank account. My husband took over most of our finances and I thought things were going pretty well.

At that time, I took over. Mainly because I couldn’t handle how stressed out my husband would get over money. Stress over money turned him into a very uncomfortable person to be around.

I like things to be positive…happy…fun! My solution was to take the problem out of his hands and handle it on my own. I think it was a relief to him because things stayed that way for years and years after that.

I’d like to say I was better at handling our money. Truth is, I was just cleverer about stretching it. I wasn’t spending it more wisely…just giving it to the right people at just the right times to avoid cancellations and disruptions of service.

I won’t lie, we haven’t had many problems in our marriage, but money was one of them. It was easiest swept under the rug and forgotten until the next argument.

We are not confrontational people.

It was easiest to fix the problem quickly and move on. We kept coming to the same dead ends though! Things would be going okay for a bit and then we’d be behind again. It was a frustrating merry go round to be on.

My husband would come at me angry…demanding I cease all control of the finances and give it to him to take over. He did it in an ugly manner though (he’s an amazing guy, but money problems legit bring out the worst in everyone…myself included), and needless to say I was not receptive.

I don’t take well to being controlled and in his anger he came across very controlling (my husband is a FANTASTIC man and treats me amazing…which goes to show just how bad the situation had gotten).

So we would fight. I would cry. He would feel bad.

We’d sweep it away under a rug and come back to it the next time we were faced with an NSF fee from our bank or a pink notice from a utility company.

Finally one day…I think we’d just both had enough. It wasn’t going to work for him to take things over completely. Tried it…didn’t work. Obviously I couldn’t do it on my own. The only option was to do it together.

Imagine that, married people taking care of their finances together! Sounds like a no brainer, but from my small sampling of people I know…it actually is kind of rare. It is more typical for one person to be in charge. 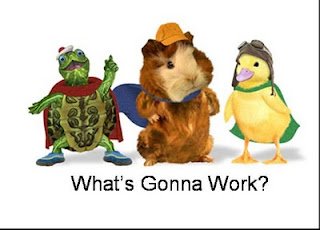 We sat down and thought about where our strengths were in handling money:

Good at record keeping and a bit better at prioritizing

Not as “emotional” about spending (in other words I spend money when I’m happy, sad, mad, etc….)

Simply more knowledgeable about finances. His mom owns her own business and he was taught about money from pretty early on.

I’m a deal seeker. I always have been. Give me $100 and I’ll get you a Lexus with it. Well not really…but I’m good at finding deals and knowing when to buy and when to hold off

I am much more aware of what is going on in our household. If we need toilet paper, kids need clothes or haircuts, new shoes, money for school, etc.

I had more knowledge about OUR finances. I had been doing them for years and knew the payment schedules, estimated amounts for any given month etc.

So we decided we were going to work together. In the past when we would entertain this idea, we wouldn’t follow through because it was simply easier for me to pay the bills because I knew when/how. So he would commit to keeping an eye on the bank account, but inevitably he’d decide it was easier to just sit back and let me handle it once again.

Thankfully (and maybe because we were both at the end of our rope with the situation) the transition went pretty well.

In some ways it was a relief for me to not carry the burden of our finances on my own. I’m sure he felt better about being more in control of the money coming in.

There was a time where our finances were so bad; it was hard to believe what his annual salary actually was.

Today we work together. It’s teamwork. He keeps a close eye on what goes in and what goes out, and I work within a budget for all of our household and family needs. We hold each other accountable.

I fully admit, I could not do it on my own.

Sometimes I feel regret when I think of all the money lost and all the arguments that could have been avoided. I think we needed to go through that to get to here though. To fully appreciate what this teamwork feels like. To not take it for granted.

Even if your finances are not in trouble, one spouse should not have to carry the entire burden.

Finances should be partnership just like everything else in marriage.

Consider sitting down and talking things out.

Maybe you don’t even know WHERE to start to create a budget…well here you go:

Step 2: Write Down All Your Monthly/Yearly Expenses and Prioritize them

Step 3: Starting from the top, create your budget

Step 4: Revisit your budget often. At least once a month, more if your situation changes.

We have a GREAT marriage. Now though, it’s on a whole new level. Money is SO personal. It’s such a polarizing subject. Being on the same page…with equal representation…it’s brought us even closer together than I thought possible.

Our next challenge to tackle? Housework….more on that later 😉