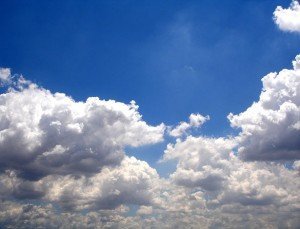 I get a lot of questions about frugal lifestyles. Some are positive, some are very very negative. There are people who simply do not understand how anyone could voluntarily choose frugality. If you have money, you should spend it. Sure you should save some of it, but they feel they need the house, the cars, the big screen, the clothes, and can’t understand why others wouldn’t choose the same.  I started to write about it, and realized I have way too much to say on the topic! So I decided to create a series about it. Hopefully this series will shine some light on this new age of frugality and why it really isn’t such a crazy choice!

In my first article in this series I spoke about the meaning of frugality, and why I think that a new age is upon us. A new age where frugal living will become a more mainstream way of life. I didn’t really go into much detail about why though. Why, in this age of technological advancements and consumerism, do I feel that people will start wanting to embrace frugality? It seems almost counterproductive to move towards a more simple way of living when there is so much stuff available to us.  There is technology all around us that promises to make our lives easier, simpler and more fulfilling. Why would we want to do without it?

The truth is, I think we’re quickly realizing that there is no easy button. No gadget that is going to give us more hours in our day or balance our diet for us. There’s no proof that today’s high tech must have won’t be obsolete next week, and we’re left with yesterday’s leftovers while the world moves on to something bigger and better (or smaller and sleaker as the case may be). Our economy is in crisis, and many of us simply can’t keep up anymore. Not only that, but many of us aren’t sure we want to!

The words “frugal living” doesn’t generally spark positive connotations for most people. It might remind them of a time in their past where money was tight and they could barely squeak by. It might remind them of how Aunt Paula always gave such horrible Christmas gifts because she claimed she was too frugal to spend more than $1 a person. The new frugality isn’t your grandmother’s frugality. The new frugality is a way of living your life to the fullest while spending less.

The new frugality is about being a savvy shopper and a smart consumer. It’s about doing your research before you buy and making educated decisions. Do I need this? Or do I want it because everyone else has it? Should I really buy this if I don’t have the cash for it, or can I wait to save up?

What Frugal Living is not

Frugality does not mean that you are always 100% practical. It doesn’t mean that you don’t have a big screen TV or that you make your kids play with tupperware instead of toys (although, man kids really do love tupperware!).  The new frugality is the conscience decision to be smart about your money and make financial decisions with thought and strategy. It means that you look for every possible avenue to save money wherever you can. You bring coupons to the store, because to you…coupons are cash. You look for free shipping codes and wait for sales because you know there are very few things so urgent that you can’t wait a bit.

The new frugality has nothing to do with being poor, or being rich. In fact, it has nothing to do with your income at all. Nothing. It has to do with how you handle your income. You might live frugally and not even know it. You consider yourself wise with your money, but the word frugal conjures up ideas that you instantly reject as resembling you. Don’t let that happen. Let’s embrace this new frugality and start a revolution. Don’t buy now to pay later. Resolve to live within your means and live a life of frugality. Not your grandmothers frugality though…the new frugality!

What is the Meaning of Frugality

Frugality and Getting Ahead

Previous Post: « What is the Meaning of Frugality?
Next Post: Save Money in 7 Days: My Free E-Book For You! »