You are here: Home / Tot Tuesday: Repurposing an oldie to make something new!!!
We may earn a small commission via affiliate links in this post. See disclosure policy and/or privacy policy for more details

When I first started sewing, I made a ton of mistakes. Well now, who am I kidding…I still make a ton of mistakes, I just know how to fix them now (most of them).
A few years back, my mother in law bought my nephews a play kitchen for Christmas. The boys have grown out of it, so she got it back to give it to my kids…specifically my daughter who already thinks she’s a little domestic diva.
Please PLEASE excuse my messy messy house…I mean it’s always kind of messy but this was special circumstances because we hadn’t even been home a full 24 hours by this point…but this was her reaction to the kitchen:

She loved it! They had just woken up from nap and my son isn’t such a great waker upper, so unfortunately he didn’t really start to enjoy the kitchen until later.

Of course, the moment I saw her playing with the kitchen…I just knew she needed an apron. And fast. (Do I have an apron? No…but I probably should)

So I ran into my room where my sewing stuff is and  I grabbed the first thing I saw in the scrap box. A dress I made pretty early on that I had really messed up.

I split the dress at the side seams and decided to use the side without the error. 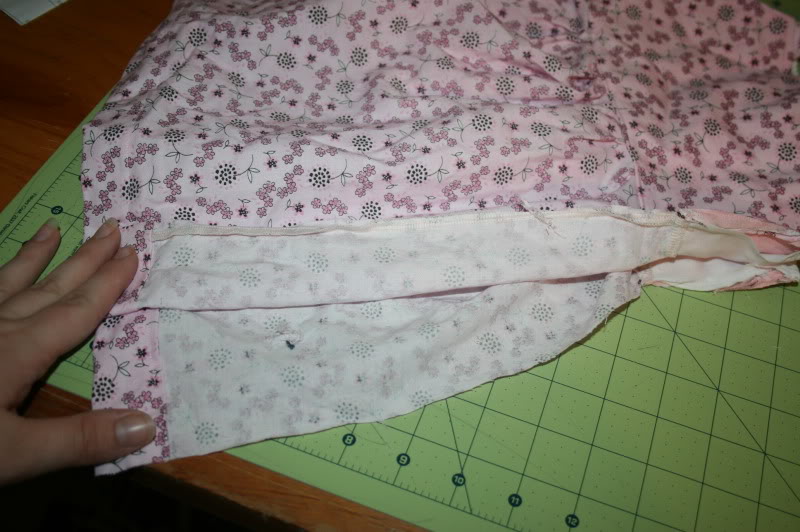 This dress had elastic straps, so I decided making it into a halter would be easier. I didn’t even waste time switching thread, I was in such a hurry for her to have her new apron (and yet I took pictures? hmmm)

I serged the sides and folded them over and topstiched so it would make a neat looking seam. I grabbed some light pink ribbon and sewed it centered across the bodice of the dress for the tying straps:

She loves it!!! Because the dress was originally made for her, it fits her perfectly and made use out of something that was destined for the garbage can anyway. 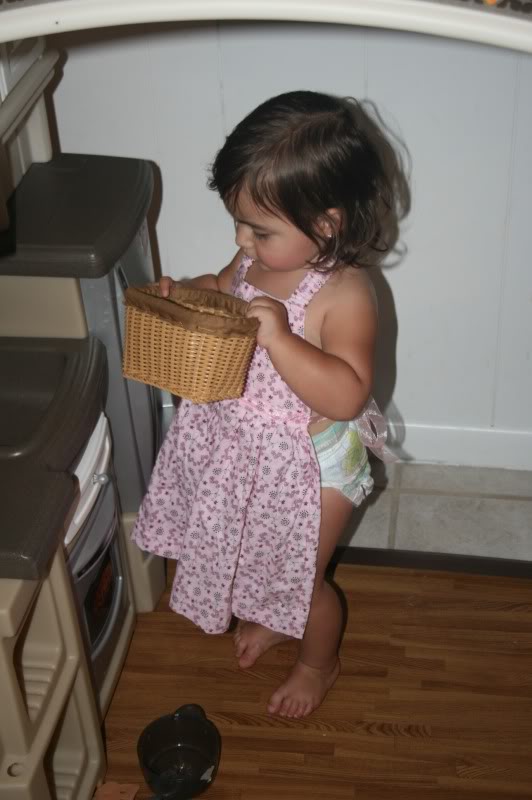 Repurposing old or unwanted clothing can save a ton of money.

I turned an old shirt of my husbands into an adorable dress for my daughter, just by using an existing dress pattern I owned and positioning it centered over the buttons. 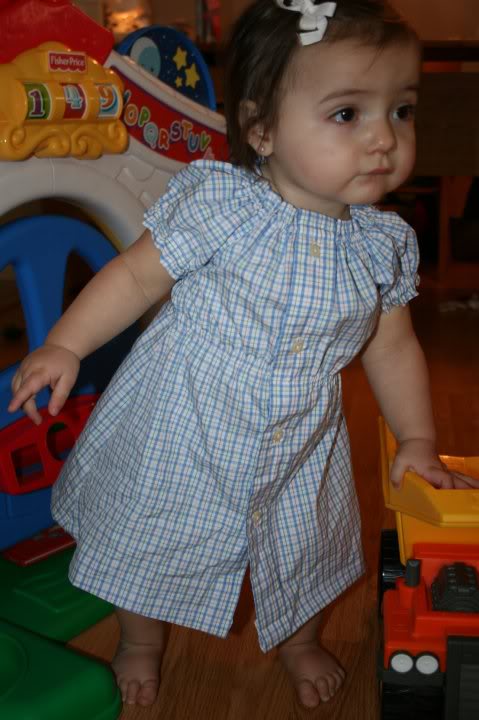 Before you throw something out, think about if it can be used in a different way!