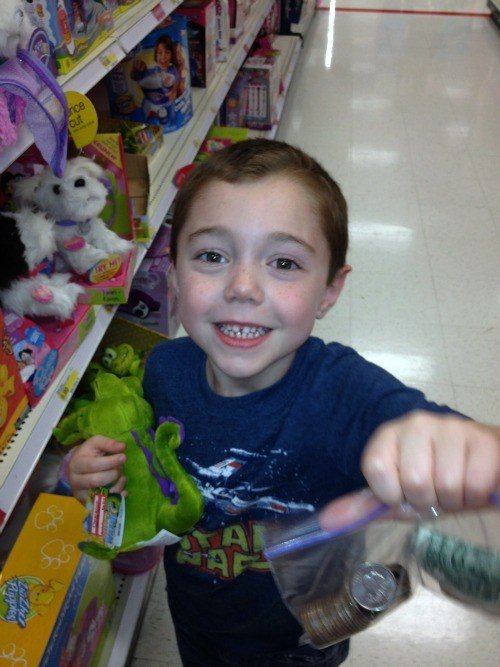 We’ve been giving our kids an “allowance” for certain chores lately. Some chores get a quarter and some get 2 or more quarters.

We took them to Target awhile back to browse the toy aisle and get an idea of what they might want.

My son saw a Where’s My Water stuffed animal that was on sale for around $8, so we told him once he had $10 (we wanted to be sure he could pay the tax with some leftover!) we would take him back to pick it up.

Well…he’s worked REALLY hard. He empties the dishwasher at least once a day, cleans his room, puts his clothes away, etc and he finally earned a full $10!

So we headed to Target today to pick out his new toy. Lucky for him…it was on clearance for only about $5! We gave him the choice to get something else cheap or save the rest but he saw a Sonic toy he really wanted that was within his budget so he got it. 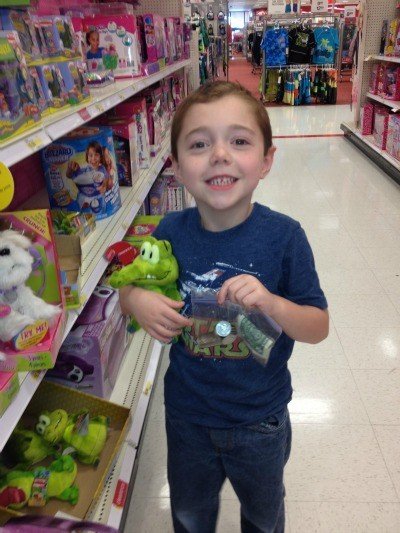 We are giving him a raise 😉 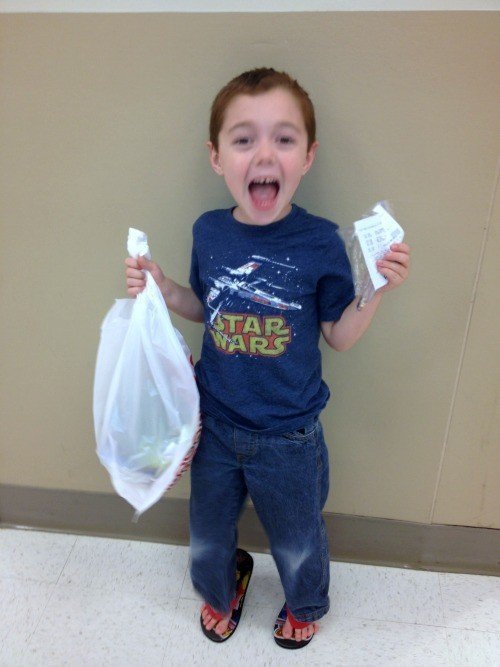